The Beetles Project
Protocols
These are the protocols and methods for data collection and analysis for members of the Beetles Project.
Last updated 28/8/17. Any newer protocols supersede all previous ones.
Collecting Spectral Data
To collect spectral of the elytra, the following equipment is required:
​Calibration
Usually the goniometer-spectrometer is calibrated, meaning that the light source hits the sample and light is reflected to the receiver of the spectrometer. However, if the setup is not calibrated, most or almost no light will reach the receiver and data cannot be collected. This is the method for calibration: 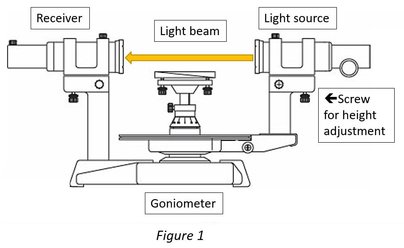 Preparing the sample:
Calibrating the sample with the goniometer-spectrometer setup:
Checking the temperature:
Removing the dark spectrum: 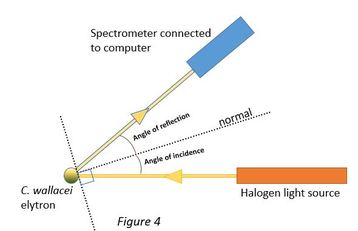